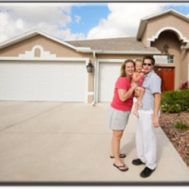 I called Brothers Garage Door Sales because we had chipping on the bottom panel of our garage door. I asked for an estimate and they were out the next day to take a look. At the time, they gave me a verbal estimate and told me it would take a few weeks because the panel had to be made. Within a couple days, I received a written estimate

for under the verbal estimate. Once the door panel was ready, I was called to schedule an appointment. At that time, I also asked that they replace the rubber seal on my two-stall door. The installer arrived on time and fixed the panel and both rubber seals. The installer also provided some maintenance on both doors (applying oil on the coils, etc.) that was above and beyond what I had expected. …. I got more than my money’s worth! Keep up the good work!